Today (28th February 2017), is the International No Facebook Day. This day’s purpose is to fight against the addiction of “cyberdependance”. In fact, every four months, Facebook releases a new report on users’ statistics and the numbers are quite self-explanatory. During the 4th trimester of 2016, 1.86 billion where active per month, with a total of 1.15 billion exclusively active on their smartphone.

Odds are that you are one of these Facebook users. Therefore, I should ask you a question: Do you even Lite? Facebook Lite was first released in January 2015 in countries like Vietnam, Nepal, Bangladesh, South Africa or Sri Lanka. The application has now more than 200 million active users all around the world. Why?

Even though the application is described as an alternative for users with low-bandwidth, some people started to download it, not because of the reduced data consumption, but after facing many performance and autonomy issues on their smartphone. Is Facebook really a “bloatware”? Is Facebook Lite lighter? I wanted to check that using my favourite tool: GREENSPECTOR. Without further ado, let’s get started with the most important step: Measurement!

For this part, I chose to use a Nexus 6 running Android 5 Marshmallow. I decided to split the study in 2 parts:

Although this measure is the simplest of all, it is nevertheless the most important of all. To proceed, I ran a couple of measures on the phone before installing any Facebook application. The only value we need to watch is the Platform Discharge Speed: 90.17 µAh/s. This number represents how much capacity (expressed in µAh) the battery loses per second. To be more representative we could say that a phone with a battery capacity of 3,000 mAh would last approximately 9h15 (= 3,000 1,000 / (90.17 3,600)).
Now that we have our base, we can start some measures on our case study: Facebook.

To measure the consumption of resources of the applications, I used the GREENSPECTOR inner tool called Benchmark Runner. This tool is used for benchmarking web sites and Android applications, which is exactly what we need.
I ran the Benchmark Runner on the Official Facebook Application(version 111.0.0.18.69), installed from the Google Play Store.
The application is launched, we pass the connection screen, then we shut down the app and we start measuring consumptions. Here are the results of the measure:

We can see a really important point: the Platform Discharge Speed is about 225.50 µAh/s That’s 150% more than the Reference value!
Is this a big deal? Well, yes. This consumption happens when the app is closed, because of some services running in the background. This means that whatever the use you will have of the application, this extra consumption will always be there, and can only be added up to the different feature’s impacts when you will use them.
Translated into battery life expectancy, this means that our device, which was supposed to last more than 9 hours, would get down in a little less than 3h45!

Now let’s jump into our second part, which is the measurement of Facebook Lite. The process was the same, I used theGREENSPECTOR Benchmark Runner on the application (version 29.0.0.7.72) downloaded as an APK from the Internet (sadly this version of Facebook is still not available in France, where I am at the moment).
Before even running the Benchmark Runner, I noticed a first difference between the two APKs. In fact the official one weighs 52.56 MB and took more than 10 seconds to install, whereas the Lite APK weights 1.5 MB and is installed instantly. Here is the results of the measure:

First of all, we can obviously see that the impacts are way smaller on every metric, in favour of the Lite version. On one hand we can look at the Platform Discharge Speed and notice that it is reduced 50% lower than the Official version (113 µAh/s vs 225 µAh/s). This is mainly due to the fact that the CPU activity of the Device is lowered by 43%, the Data exchanged on the network is totally removed and the Memory used by the application is decreased by 90%.
On the other hand, taking a look at the loading phase of the APK, the biggest difference is surely the network traffic that goes down from 4.73 MB to 570 kB. This is a reduction of almost 90% which is one of the reasons why the Platform Discharge Speed has got down. If we translate this in terms of impact on the battery life, this means a difference of 3h40 (7h20 total autonomy) between Facebook Official and Lite!

During this study, we have confirmed that Facebook Lite is indeed (a lot) less consuming in terms of Data exchanged on the network, as it is supposed to be. Furthermore, we also verified that this version is lighter in every way. The memory and platform CPU being reduced at the same time, the impact on the battery life is lowered by more than 50%. Of course, switching to this application has a cost: the interface is not that great and you cannot play videos on this version. But now it’s up to you to weigh the pros and cons and choose your side: To Lite or not to Lite? 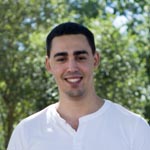 Developer since 8 years, he also acts as a software eco-design consultant. Passionate about web development and video games, and driven by energy efficiency goal. He puts all his skills at the service of Green development.