In this period of departure on vacation, we are interested in rental vehicle applications with ADA and Europcar. These two applications make it possible to select and reserve a vehicle for rental for a specified period.

In the left corner ADA, created in 1984, is a French car rental company, a subsidiary of the Rousselet group.

In the right corner Europcar, created in 1949, is also a French company, the European leader in car rental.

In the first part of the match which consists in measuring the impact of the launch phase of the application, Europcar takes the advantage, consuming 26% less than ADA. The second part aims to find and choose a rental vehicle by going to the booking phase. Once again, Europcar wins this round by consuming 22.4% less. To end this confrontation, we have set up two decisive rounds of idle observation for each opponent. During the idle background Europcar consumes less than 6%. Finally it is also Europcar who wins the last run by consuming 3% less than ADA on the idle foreground phase.

The bell rings, end of the match! The match went one way with Europcar domination for each round.

Without any surprise, the Europcar application is declared victorious against ADA on a score of 14.5 mAh at 18.3 mAh, by consuming 21% less energy.

On a scenario of a reservation during 1 minute, Europcar consumes 40% more than an application like Discord. ADA‘s consumption is equal to Instagram‘s one. (Source: Study Consumption of top 30 most popular mobile applications)

Find the battle of last week : Deezer vs Spotify
Battles ideas? Contact us! 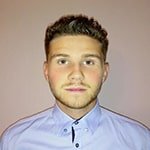 Greenspector may use cookies to improve your experience. We are careful to only collect essential information to better understand your use of our website.
Read our Privacy PolicyREJECTACCEPT
Manage consent

This website uses cookies to improve your experience while you navigate through the website. Out of these, the cookies that are categorized as necessary are stored on your browser as they are essential for the working of basic functionalities of the website. We also use third-party cookies that help us analyze and understand how you use this website. These cookies will be stored in your browser only with your consent. You also have the option to opt-out of these cookies. But opting out of some of these cookies may affect your browsing experience.
SAVE & ACCEPT